Jerusalem—In a statement issued here today by the Simon Wiesenthal Center’s chief Nazi-hunter, Israel director Dr. Efraim Zuroff, the Center denounced in the strongest terms a fake ad which appeared in the “humor pages” of the Estonian news magazine Eesti Ekspress with a photograph of concentration camp inmates under the heading: “One, two, three: Dr. Mengele’s diet pills work miracles on you. There were no fatties in Buchenwald.” 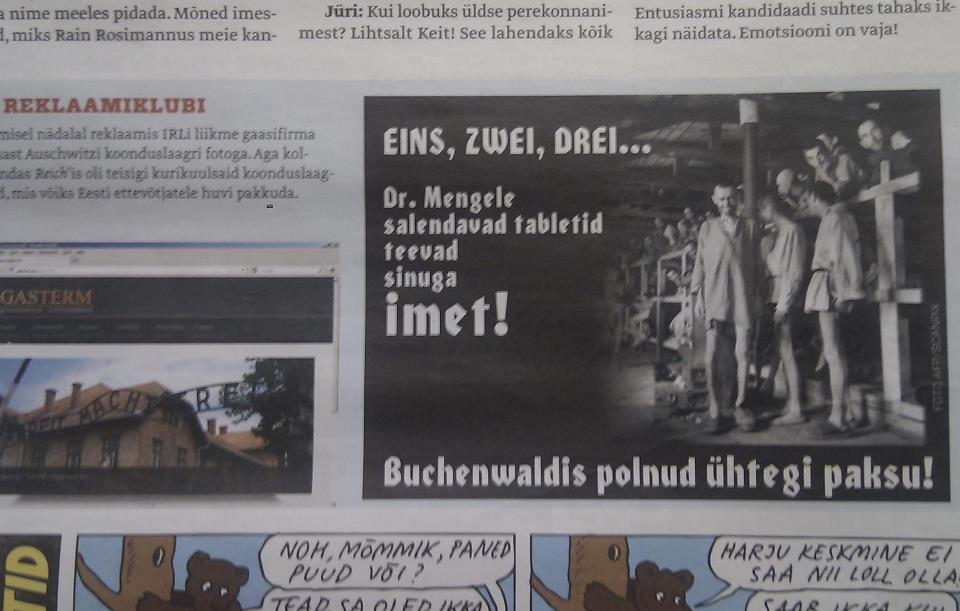 “It is incomprehensible that a leading and ostensibly respectable news weekly in a country which is a member in good standing in the European Union will publish such a perverted attempt at humor at the expense of the Nazis’ millions of victims. Apparently, the editors at Eesti Ekspress were disappointed that the Estonian gas company Gas Term Eesti had to remove an ad published less than a month ago, which featured a photo of the entrance to the Auschwitz death camp to advertise their gas products. What can one expect in a country which glorifies its SS veterans and failed to prosecute a single one of its many Nazi collaborators?”