The courtroom was packed as post-Soviet democratic Hungary finally put one of its own citizens on trial for alleged complicity in the genocide of the country’s Jewish population in the Holocaust. The massive local media coverage pointed to what some observers called a mood of national catharsis breaking a taboo against admission of Nazi-era complicity that has swept much of the new-accession state area in the European Union.

The ‘real trial’ brought an abrupt end to the carnival atmosphere of the absurd that prevailed only two days earlier, when the accused, 97 year old Sandor Kepiro was allowed on 2 May to pursue his ‘libel case’ against the Simon Wiesenthal Center’s chief Holocaust historian and head of its Israel office. That farce ended with the simple, and dignified verdict issued by the judge explaining that the Wiesenthal Center had turned to the media only after prosecutors failed to act with any seriousness when they were apprised years ago that a war criminal suspect was alive in well in the heart of Budapest. See reports here and here. 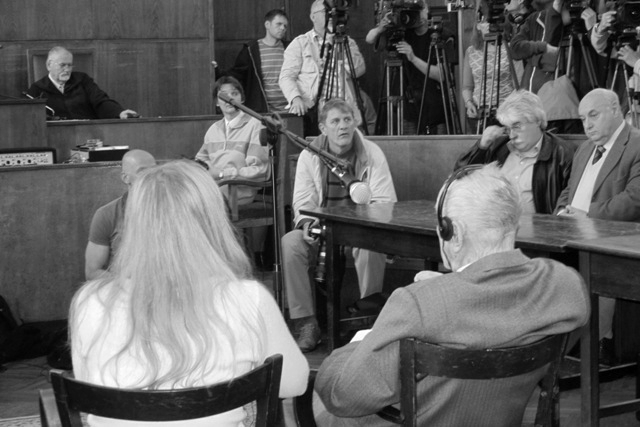 Sandor Kepiro, right foreground (with earphones) was finally put on trial today. Twice conviced but never punished in the 1940s, he had spend forty-eight years in Argentina before returning to Hungary.

One of the day’s most remarkable scenes was a Christian youth group’s turnout in support of the Jewish community, Dr Efraim Zuroff and the Jewish victims and survivors of Nazi horrors. The young contingent were followers and friends of Hungary’s protestant Faith Church, led by Pastor Sandor Nemeth, which plays a leading role in the struggle fascism, racism and the resurgence of the far right in the region.  ATV video here. 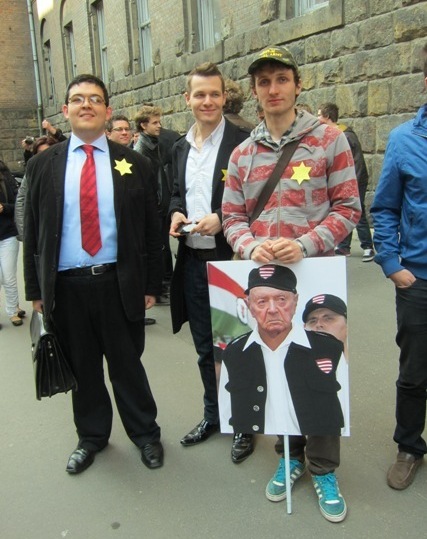 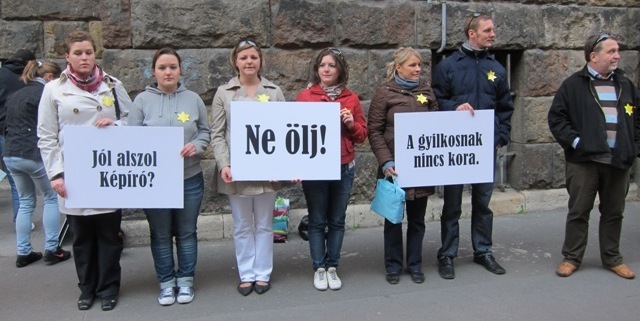 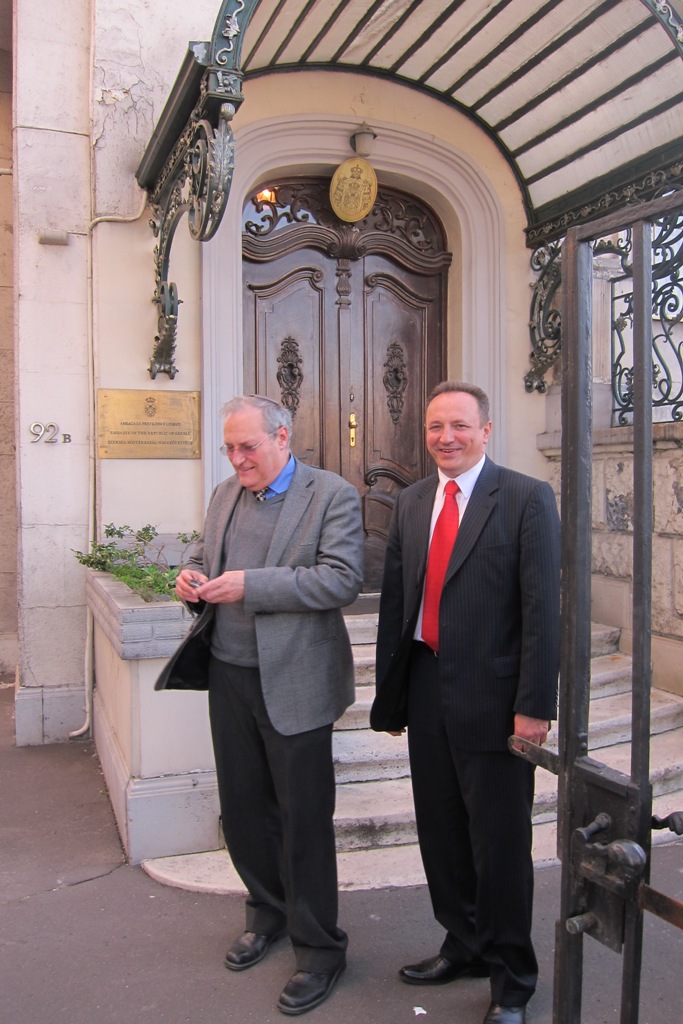 The day’s events left observers with the impression that democratic Hungary had passed a milestone in the application of the principles of law and justice over political pandering to ethnocentric and nationalist sentiment, which has so often prevailed throughout the new-accession Eastern EU region.