LONDON—Latvia’s ambassador to the UK has responded to a UK Conservative Party MP’s question about the Waffen SS events held in the center of Latvia’s capital, Riga, on March 16th each year. The office of UK Parliament MP David Amess, who represents Southend West, released the response dated 1 March 2013, which he received from the Latvian ambassador to the UK, HE Eduards Stiprais. It is reproduced in full below (as PDF here), courtesy of the office of Monica Lowenberg in London, whose petition and media guide have brought the Latvian SS marches to increased international scrutiny. 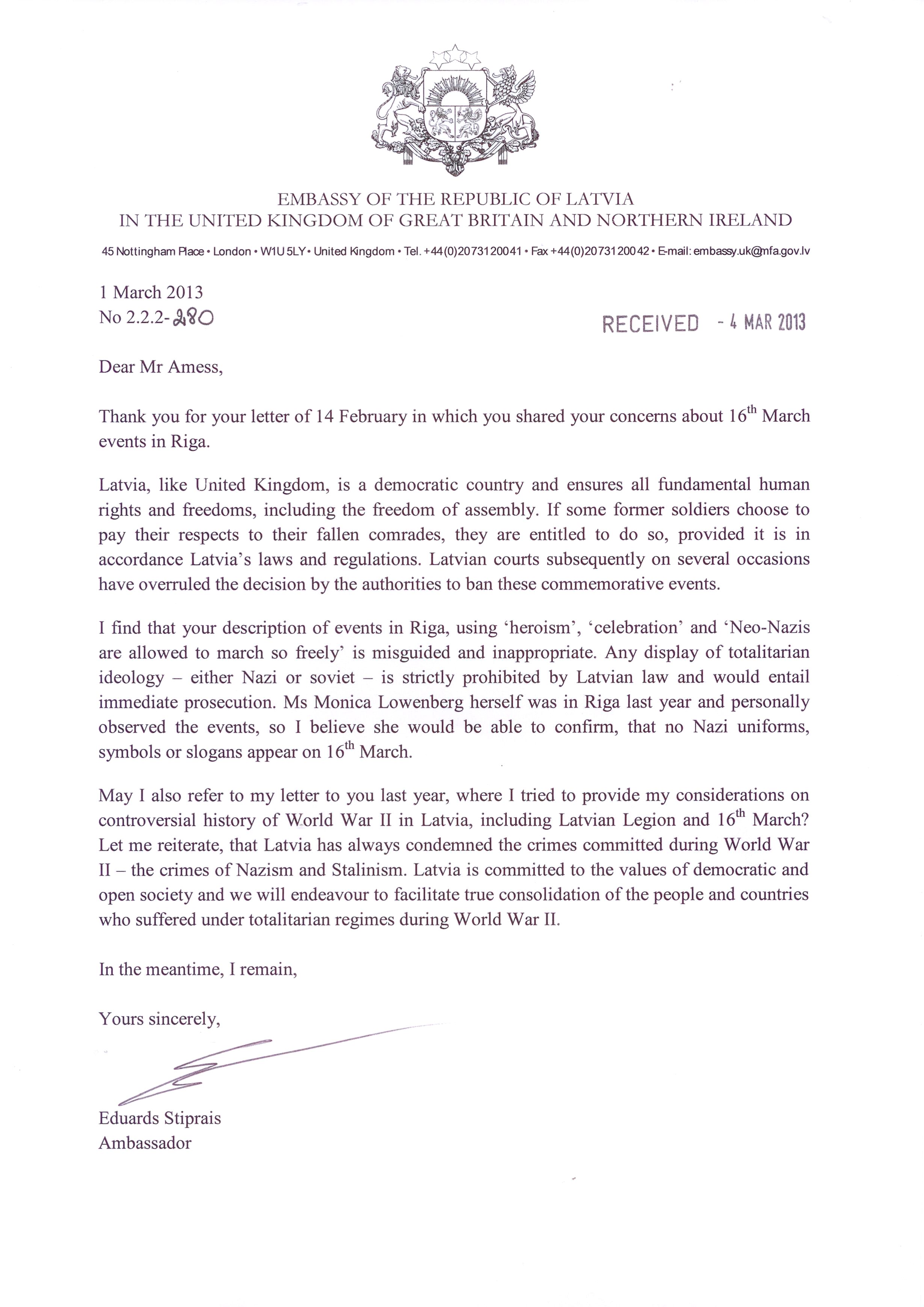