TEL AVIV—The famous Vilna Gaon Synagogue (Beys Hakneses Ha-Gro / Bet Hakeneset Ha-Gra), founded in Tel Aviv in 1934, issued a poster that has appeared in synagogues, yeshivas and other institutions in various parts of Israel. Reproduced below (sent by a correspondent), it protests plans by Vilnius government and business entities to further desecrate the old Vilna Jewish cemetery at Piramónt, now in the Šnipiškės district, by plans to build a twenty-five million dollar convention center in the heart of the historic cemetery (background; the paper trail to date). The protest poster is signed by a number of famous rabbis, including Rabbi Yosef Tzvi Halevi, head of the rabbinical court of Tel Aviv and Jaffa, and Rabbi Elijah Landa, a direct descendant of the Gaon of Vilna, Elijah ben Shlomo Zalman (Eylióhu ben Shlóyme-Zálmen, 1720 − 1797), who signs on behalf of the entire family. 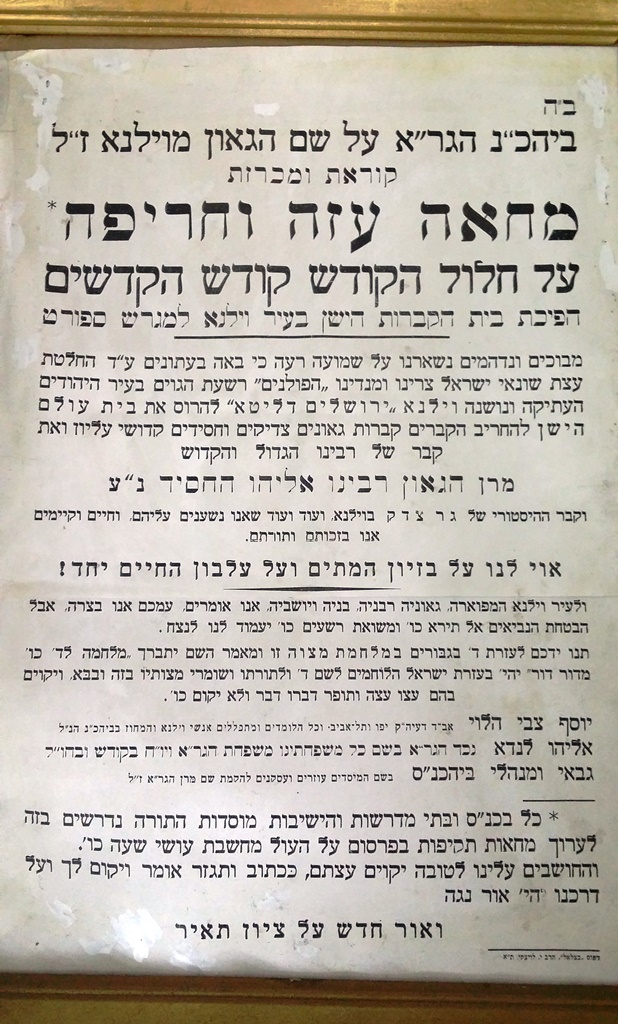