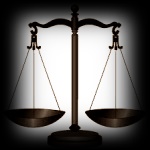 For background to recent developments, please see the earlier report on the World Jewish Congress initiative; the statement issued by Daniel Galay, director of Leyvik House, the center of Yiddish cultural activities in Israel; and a Facebook comment by Dr. Efraim Zuroff, director of the Simon Wiesenthal Center’s Israel office.

In the meantime, the World Jewish Congress has included news of the new institute in its newsletter, without confirming that the academic positions will be advertised in a fair and transparent process to ensure academic quality, moral integrity, and independence from political pressures. As widely reported, the previous professor of Yiddish (1999-2010), Dr. Dovid Katz (DH’s editor), was terminated following eleven years of incident-free service after speaking out for the Holocaust survivor veterans of the Jewish partisans who are accused of war crimes (in the absence of any charges or specific issues).

I was delighted to hear of the possibility that a professorship or major teaching position in Yiddish Studies would be restored in Vilnius. Before World War II, Vilnius was one of the greatest centers of Yiddish culture in Europe. It ceased to have that distinction due to the tragic fate of the Jewish population during the war. Thus, this teaching position could play a part in the restoration of historic justice.

During the years 1999-2010, when my academic colleague Dr. Dovid Katz held the post here at Vilnius University as Professor of Yiddish Language, Literature and Culture, the field blossomed under his academic leadership. It seemed there was always a constant stream of academic books and papers as well as those for a wider audience.

Professor Katz organized constantly innovative and interesting seminars, lectures, and meetings with famous scholars and prominent personalities of Yiddish and Jewish culture from all over the world. He proved to be a talented organizer who with his academic productivity, enthusiasm, communication skills and personal charm attracted and involved people from the widest array of backgrounds in his activities to enhance and restore the Yiddish traditions that once thrived in Lithuania.

In opposition to various forms of anti-Semitism, I declared more than once that the activity of Dr. Dovid Katz stimulated the academic community in Vilnius to be philo-Semitic. His teaching and supervision were always undertaken with academic dignity, tranquility, respect for all and thorough professionalism, far from any other issues of the day outside the academy.

To our regret, all his positive achievements on this field were lost in 2010 with his removal from the position held. Yiddish as a serious subject, in the hands of a top specialist who spared no energy or sacrifice to build success after success, became popular for students and visitors of Jewish, non-Jewish, Lithuanian, Russian, American, Polish, and many other backgrounds.

I fondly recall attending many seminars chaired by Professor Katz and have been following his continued outstanding work in Yiddish Studies to the present day (most recently, his series of advanced literary reading circles held at the premises of the Jewish Community of Lithuania in the spring of 2014).

I am writing to offer my highest recommendation on behalf of Professor Dovid Katz, for any new or renewed Yiddish Studies position in Vilnius. At the very least it is a top priority that he be able to apply in a transparent and fair process to continue the work to which he has dedicated so many decades of his life and outstanding achievement. His appointment to this position could be a step in the direction of restoring the best Yiddish cultural and literary traditions that existed in Vilnius and Lithuania.

My colleagues, professors in Israel also speak respectfully of Professor Katz as a talented author of Yiddish fiction set in prewar Lithuania. It is difficult to find a more suitable candidate for this position. Thank you for your consideration.