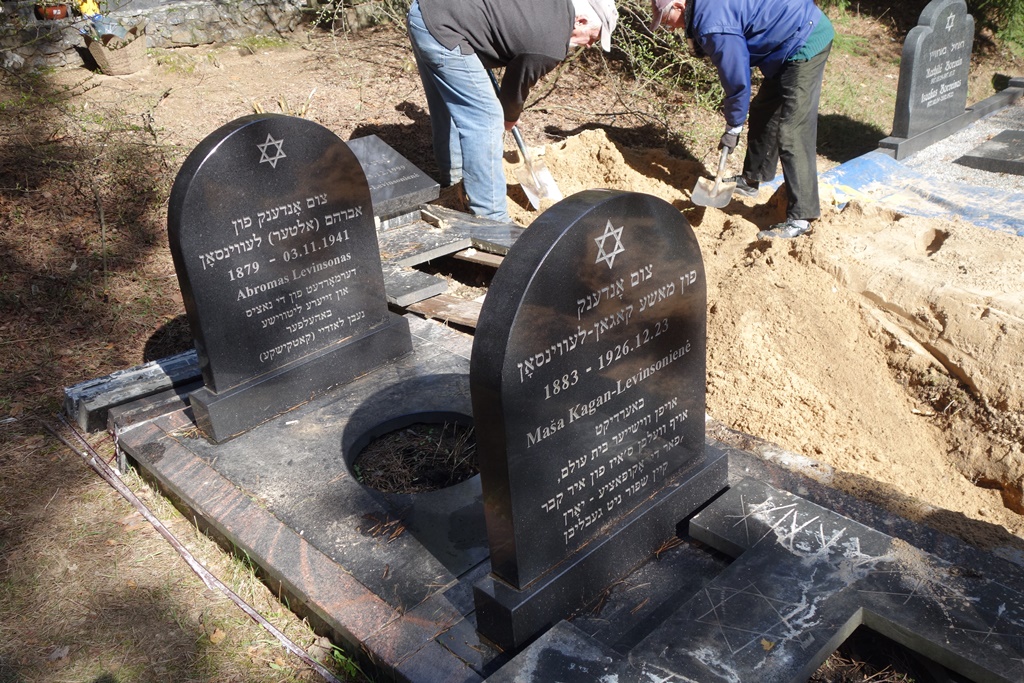 The first, for his mother, a poignant reminder of the violence to so many gravestones in the region (these are just draft translations):

“To the memory of Máshe Kagan-Levinson [Maša Kagan-Levinsonienė] (1883 – 23 Dec. 1926), buried in the cemetery of Vishéy [Veisiejai], where during the years of occupation, not a trace would remain of her grave.”

The second, for his father, who perished in the Holocaust:

More on the remarkable life of Joseph Levinson: