‘Who Controls the World?’ Cartoon again on Page 1 of Respublika

Posted on 31 January 2009 by Defending History 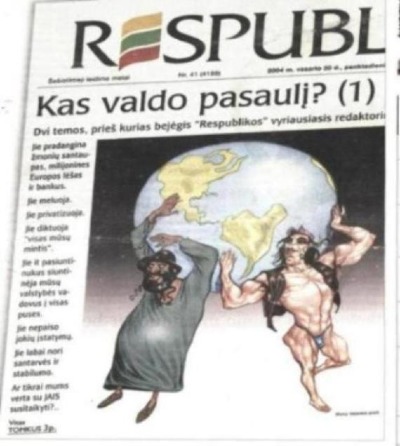 Image from the front page of Respublika, depicting the Jew and the Gay holding up the globe, under the headline ‘Kas valdo pasauli?’ (‘Who controls the world?’), followed on p. 3 by a racist, antisemitic and homophobic article by the editor. The cartoon first appeared on page 1 of the paper in 2004.