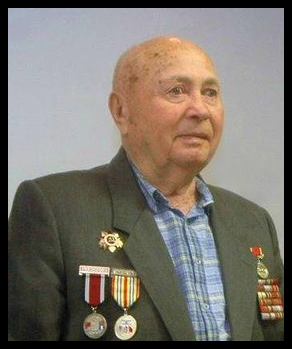 During this revolt Vaispapir was described as having fought with the “desperation of the condemned.” During the struggle he killed, with an axe to the head, an SS official named Siegfried Graetschus who commanded  200 Ukrainian guards. Eventually a group  of the prisoners — including Arkady — managed to escape to the forests where they linked up with Soviet partisans.

But Vaispapir’s entire family was killed during the war. One brother fighting with the Red Army died at the front while the rest of his family were murdered by the Nazis and their local collaborators in the Holocaust. The New York Times reported in 2015 that 500,000 Soviet Jews fought with the Red Army against the Nazis, of whom around 200,000 fell on the front.

Arkady Vaispapir was a  beloved member of Kiev’s Jewish community. An online video interview is available courtesy of the Ukrainian media outlet Censor.net.

This entry was posted in News & Views, Obituaries, Ukraine. Bookmark the permalink.
↑ Return to Top