In response to a letter from the editor of this journal, expressing concern at various internet and other threats against those who would dare oppose the neo-Nazi march scheduled for 16 February 2013 in the center of Kaunas, a reply has been received from the police in Kaunas which does not address the direct issue of safety, but makes it clear that the march is approved by the powers that be in the municipality.This is important because of the various rumors spread by various organizations that ultranationalist youth have decided to march through central Kaunas with or without permission.  The letter reads, in translation: 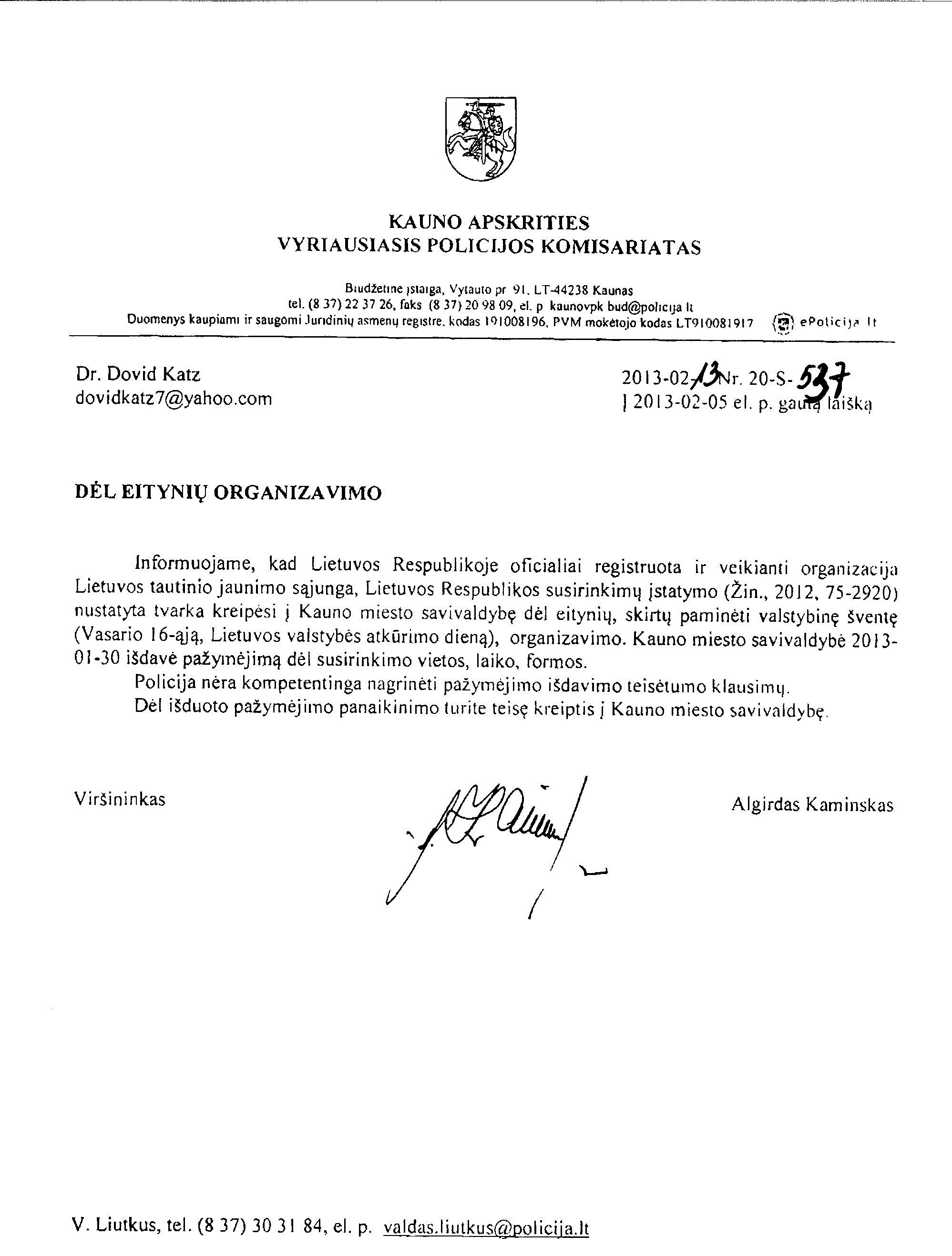