Professor Leonidas Donskis was elected in Lithuania as a member of the European Parliament, running on the Liberal Party ticket. Born in Klaipeda in 1962, he has been for years professor at Vytautas Magnus University in Kaunas, and dean of its Faculty of Political 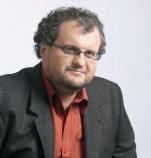 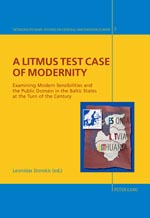 After the election of Professor Donskis to the European Parliament, Peter Lang brought out a new volume which he conceived and edited, A Litmus Test Case of Modernity. Examining Modern Sensibilities and the Public Domain in the Baltic States at the Turn of the Century (= Interdisciplinary Studies on Central and Eastern Europe V). Peter Lang: Bern et al 2009.  Information here.

This entry was posted in It Pays to Defend History: Success Over the Years..., Leonidas Donskis, News & Views. Bookmark the permalink.
↑ Return to Top