‘The Power of the Ancient Hebrew Letters’

Arkady Kurliandchik and Dr. Andrius Kulikauskas lead a group in partnership with the Vilnius Jewish Community, in placing stones with Hebrew letters painted  in the traditional gold paint (used to highlight lettering in old Lithuanian Jewish / Litvak gravestones) at the Old Vilna Jewish Cemetery at Piramónt (Šnipiškės / Shnípeshok), site of the abandoned Soviet sports palace and a planned national convention center. Thousands of graves are still there all around the building. The new gold-lettered Jewish stones were variously placed to mark out the approximate perimeter of the cemetery. 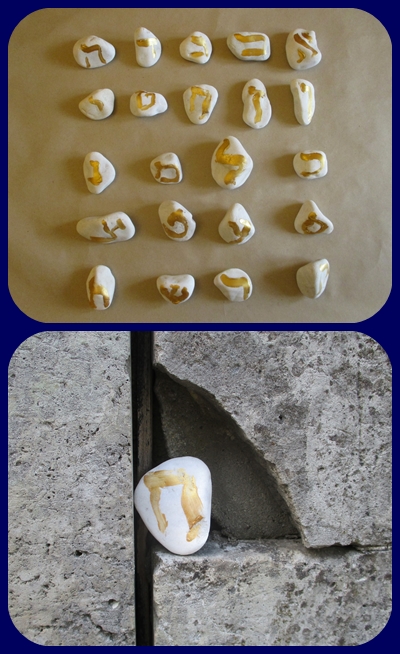