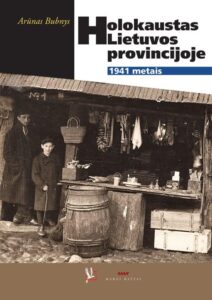 Posted on 25 April 2022 by Defending History

Are “useful Jewish idiots” addicted to photo-ops, funding and junkets being duped into joining “Kaunas Capital of European Culture 2022” year? (without Kaunas removing a single public monument to Holocaust perps)

Andrius Kulikauskas on the Greimas exhibit at Lithuania’s National Mažvydas Library (2017); on the Library’s setting up of the Adolfas Damušis Center glorifying a Nazi collaborator (2017)