Yad Vashem’s Vilna Ghetto memorial event was held in Jerusalem on Monday 19 September without Lithuanian government officials. Joseph Melamed, the latest  Holocaust survivor to be harassed by Lithuanian prosecutors, spoke at the event. Undiminished at 86, he spoke powerfully, referring to each of the nine alleged war criminals he is accused of ‘libeling’. The wreath was laid by Dr. Efraim Zuroff, director of the Simon Wiesenthal Center’s Israel office. 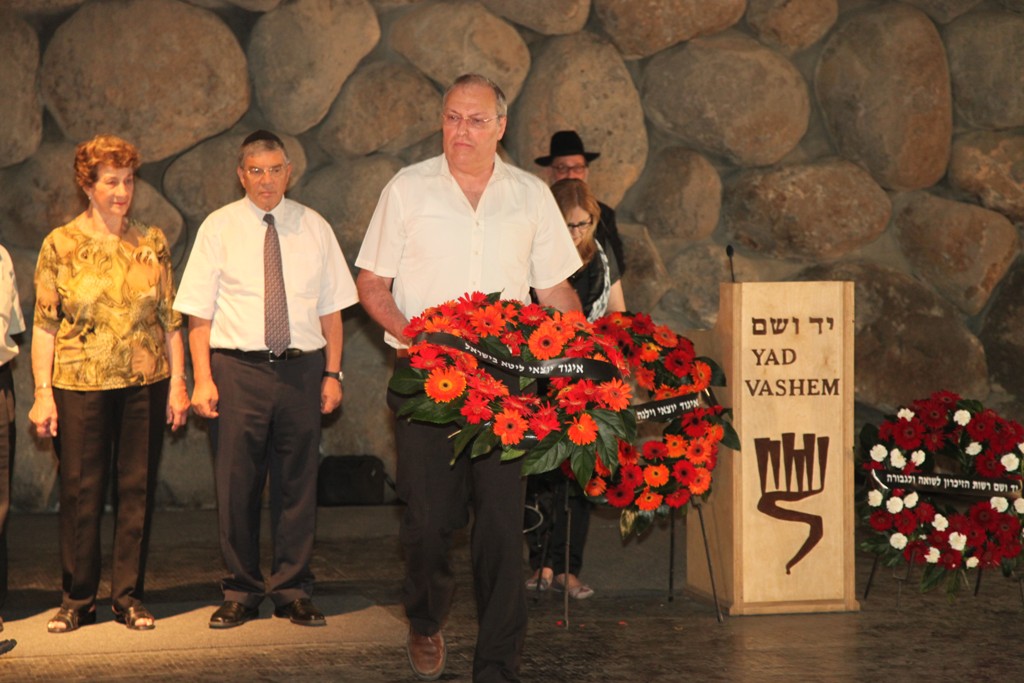 On 8 September the British Parliament’s motion no. 2161 was inserted into the record, condemning the campaign against Joseph Melamed. The primary sponsor is UK human rights champion MP John Mann (Labour), and it is backed by MPs Peter Bottomley (Conservative) and Bob Russell (Liberal Democrats).

There has been a palpable sense of sadness among reconciliation-minded Lithuanians and Jews alike. Instead of issuing long-awaited apologies to the Holocaust survivors defamed by Vilnius prosecutors in recent years (eliciting substantial protest), authorities there have now initiated (via Interpol) proceedings against yet another survivor. Tel Aviv attorney and retired Israeli diplomat Joseph Melamed, 86, is a survivor of the Kovno Ghetto, veteran of the anti-Nazi partisans in the forests and the Israeli War of Independence, and the elected chairman of one of the world’s last active Litvak survivor organizations.

JUST IN: GEOFF VASIL IN THE JEWISH CHRONICLE (LONDON)

The 30 August 2011 incident that set off the latest bizarre chapter in the five-year tale of Lithuanian prosecutors’ campaign against Holocaust survivors involved Israeli liaison officers of Interpol interviewing Mr. Melamed on a request from Lithuanian authorities. The ‘charges’ allege the ‘libeling of national heroes’ who were named as local Holocaust perpetrators in Mr. Melamed’s 1999 book Crime and Punishment. This was  first reported in DefendingHistory.com (30 August) and then in Yossi Melman’s 7 Sept. report in Haaretz (Hebrew version here). Reports also appeared in Arutz Sheva, Neues Deutschland and Junge Welt (in German) and JSS (in French).