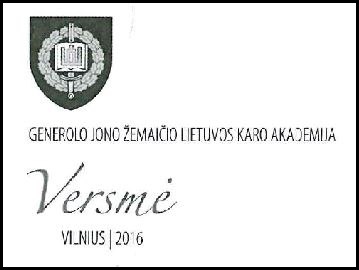 Not a foot of land to the foreigners! The Jew will offer you ‘the best price’, but, my man, you would be a traitor to sell your most precious belonging to him!

Jews are going around the countryside and buying up cattle, flax, and grain! Let us swear by all that is holy that we will not sell anything to them! Will we continue being careless and sell out for a few litas?! At the end, you will lose anyway! The Jew will give you the money, but he will also find the opportunity to take back three times as much from you! Once and for all: we will not buy from Jews! We can sell them butter, eggs, or cheese. And only when they buy it for their own consumption and not for business.

Let us know from the heart that when we buy from one of ours, a Lithuanian, the profit is ours, too. The Lithuanian will never take his wealth abroad, but that cannot be said about the Jew—easy come, easy go!

Remember that, by selling a sizable property to a Jew, you are hurting your brother Lithuanians, because you take away the profit from them and give it to the Jew!

By selling to or buying from a Jew, you are increasing the Jewish tribe! You are greatly harming our whole nation!

Learn this phrase well: ‘No vacancies!’ In the meanwhile, the well-being of the whole nation demands that you give your energy to a new creation: creation of Lithuanian trade! This is your happiness! Free competition with Jews will temper your will and bring real laurel wreaths upon your head!

We should be ashamed before the whole world for allowing aliens to reign over our land! And it happened because the educated Lithuanians would blindly strive for governmental positions! They fought and slandered each other, while Jews were ruling over the trade!

You are the one who can teach our whole nation a new prayer: ‘Remember enslaved Lithuanian trade!’ You must prove and convince us that our life is equally threatened by enslaved Vilnius and enslaved trade! Liberating Vilnius and casting off Jewish mediation—that is your daily topic!

May he be condemned who dares to break the unity of the nation! He who dares to call for separation into parties! May he be proclaimed a sell-out to the Jews who stands by, arms crossed, and looks on upon the new, unified mission of the Lithuanian nation!

Yes, these are excerpts from “Hold Your Head High, Lithuanian!” (“Pakelk galvą, lietuvi!”), an essay by Jonas Noreika, infamous for his participation in the Holocaust and the recent scandal about the memorial plaque for him on the facade of Vilnius’s Wroblewski Library of the Lithuanian Academy of Sciences (and another outside the Genocide Museum on the capital’s main boulevard) ; this was a complete list of mentions of Jews in his short pamphlet.

The most sordid part of this story however, is the short introduction of only several lines in the new publication released by the Defense Ministry, in which the author is praised and it is specified to whom this book, including its antisemitic passages, is meant:

Works of officer of the interwar Military Academy of Lithuania, editor of the ‘Cadet’ (‘Kariūnas’) magazine, writer, novelist, and journalist, prominent organizer and leader of the Lithuanian Armed Forces captain Jonas Noreika-General Vėtra (1910-1947), published in this book, are first of all meant to be read by the cadets of Military Academy of Lithuania, as well as cadets and high-school students all over the country, young riflemen, and all those whose dream is to be a military officer of Lithuania, who are interested in the history of Lithuanian military, military in general, and the daily life of military officers.

Jonas Noreika’s 1933 pamphlet “Hold Your Head High, Lithuanian!” with no edits or clarifications also found its place in another book of his, Trace in the Morning Frost (Brydė ryto šerkšne, Vilnius, 2016). The introduction, provided in full above, is, therefore, also the introduction to the latter text.

Just so there is no misunderstanding. What this means is that in a publication of our own times, brought out in 2016, the General Jonas Žemaitis Military Academy of Lithuania was spreading antisemitic ideas in broad daylight. I do not know what the generals of our Lithuanian military thought of it, but, in my humble opinion, it is urgent to cleanse the Military Academy of fools and antisemites alike! My guess is that such publications directly contradict common sense, the constitution, and the international commitments of the Republic of Lithuania. They are also incompatible with Lithuania’s membership in the International Holocaust Remembrance Alliance, to which it boasts: “Lithuania has made teaching about the Holocaust obligatory in schools, and more than 130 Tolerance Education Centers have been set up in secondary schools” — all while staying silent about teaching antisemitism in its own central military academy. 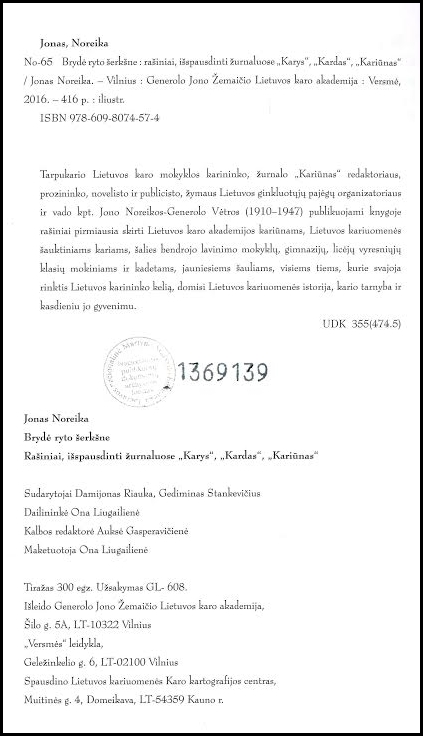