My own broken-off education continued in 1945 when we settled within the new borders of Poland. I then began a program in engineering studies in Lodz and eventually earned by degree in engineering in Munich, Germany in 1952. It was at that point that I joined my parents in Paris. They had arrived 2 years earlier. I started learning French, found one job where I worked for three years, and another where I stayed for five years. This was followed by thirty years in an array of positions, for the American company Tektronix. I have a daughter and two grandchildren. How fast the years ran away. Naturally, those few of us who survived became very busy over the years building a new existence in a new country and in a new language.

After retirement in 2005, I made the firm decision to describe my native city whose Jewish population numbered between 65,000 and 70,000. For generations it has been known as the Jerusalem of Lithuania, or Jerusalem of the North as Napoleon is said to have described the town during his sojourn there of 1812. I was also determined to describe the history of 1939 (Soviet takeover and handover to Lithuania) and 1940 (incorporation as a Soviet republic), and, of course, the three years of Nazi occupation, from June 1941 to July 1944, during which nearly the entire Jewish population was murdered at the mass grave site in the forest at Ponár (Polish Ponary, today Paneriai in Lithuania).

But there was another very unique reason that impelled me to write. I wanted to put into the permanent record the German office Karl Plagge, the manager of HKP for his humanistic, courageous work to save about two hundred Jews out of a total of about 1,200, who were living in the HKP camp. Unfortunately, I am a bit late. He died in 1957. Even Yad Vashem was late, he received the Righteous Among the Nations title only posthumously (in 2005).

My book, The Righteous of the Wehrmacht, appeared in French, then German, and now in English. The English was published by Academic Studies Press in Boston, Massachusetts, and by Lighting Source in Milton Keynes in the UK. The book’s nine chapters start with “My Childhood” and end with the chapter: Major Karl Plagge (1897–1957). 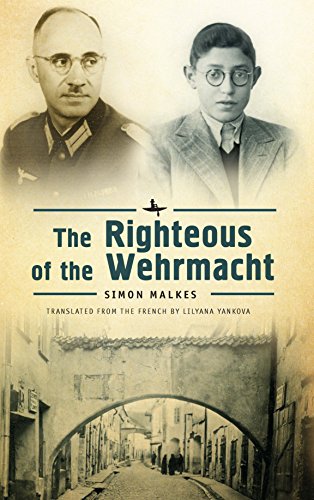