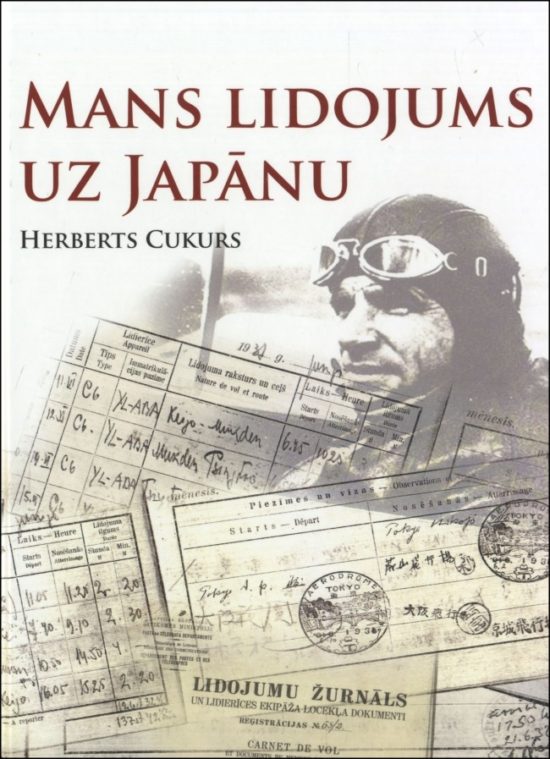 I wrote about earlier efforts to  to glorify Mr. Cukurs in Latvian public opinion six years ago. He was born in 1900. Before World War II he was indeed a famous aviator and — member of the right-wing nationalistic and antisemitic “Perkonkrusts” movement. During the war he was an active member of the Nazi SD killers commando “Arajs Commando” responsible for the death of about 35,000 Jews in many towns all across Latvia. Cukurs fled to Brazil after the war. He was killed by Israeli agents in Montevideo in 1965.

During the decade from 1992 to 2002 I was an active contributor to the Museum of Jews in Latvia and read many memoires of Holocaust survivors where Cukurs was explicitly cited for his bloody deeds. Even in the Latvian Wikipedia it is confirmed that he was “chief of the Arajs commando” which was a 100 man squad who drove Jews to be killed to Rumbula Forest outside Riga on 30 November 1941. This year, the website Freecity.lv published the article “There are proofs of the bloody deals of Herberts Cukurs.” In the article the founder of the Museum of Jews in Latvia, Margers Vestermanis and director of the museum Ilja Lenski presented the witness testimonies concerning Cukurs written by Holocaust survivors Aron Barinbaum, Eliezer Karstat, Isaak Kram, Ella Medalje, and Aron Preil, in addition to those of Arajs squad members Genadijs Murnieks, Arnis Upmalis, and Roberts Purinš. These memoires may all be inspected and read at the Museum of Jews in Latvia.

What does all add up to? Elementary: Jewish lives don’t matter here…

Let`s quote some excerpts of just a few of them.

Zak Krum testifies to the events of November 30 (original in the Wiener Library, London):

“I was on Ludzas street, near the Riga Ghetto, when I saw that they were dragging some Jewish people. Herbert Cukurs commanded the soldiers. He was wearing the black uniform of a military pilot. He ordered me and other people to put slain Jews in the sleigh and deliver them to the cemetery. For a while I had the opportunity to watch Cukurs close. One Jew started screaming when she was dragged into a truck. She wanted her daughter to stay with her. Cukurs shot her with his pistol. I witnessed this execution. I also saw Cukurs direct his pistol at some child who was crying because he could not find his mother in the crowd. With one shot he killed the child.”

“I personally witnessed one such mass execution in the Bikernieki Forest, which took place in the spring of 1942; if I am not mistaken, in the month of March. This time, the Jews who were brought to Riga from Western Europe were shot, I don’t know exactly which ones. That time I was assigned to a group of policemen who were standing in a cordon. The cordon consisted of two rows of police officers. In this cordon, I stood about thirty meters from the pit.

“Between these two rows of police officers Jews would be led to the place of their execution […]. Arays [commandos] with 3-4 German officers from the Security Police were at the pit. Dibietis, Cukurs, Laukers, and, apparently, Turbis, were also officers of the auxiliary security police. […] I saw the Arays member approaching the pit many times. He took a machine gun from one of his colleagues and shot into the pit when the Jews descended there. I did not see Arays members firing a pistol. Of German officers, Krause shot at the victims. Other officers fired or not, I don’t remember. Whether someone from the Cukurs team was shooting, other than Cukurs, I don’t remember. Cukurs was also shooting from a machine gun. In the auxiliary security police, Cukurs was in charge of weapons.”

The full collection of testimonies of Cukurs’s deeds is available online.

It is interesting to note, that in 2006 Latvian prosecutor’s office started investigation concerning Herberts Cukurs’s participation in genocide. In February 2019, the Latvian press announced that the Latvian prosecutors had “closed the case” because of “lack of evidence,” because the testimonies against Cukurs were received and registered in the USSR in an incorrect way. In September 2019 the case was re-opened after protests and with presentation of new testimonies of Latvian Holocaust survivors about Cukurs’ deeds by Council of Latvian Jewish communities.

After all that, how is possible that this glorifying book of this bloody man was published in Latvia in 2020, with no mention of his involvement in the mass murder of Latvian citizens? Well, had those Latvian citizens been ethnic Latvians, such a book would never be published.

Such new initiatives, approaching the third decade of the twenty-fist century, sponsored by major public Latvian institutions, to honor an interwar aviator without mentioning his Holocaust crimes, are immoral and do not bring honor to our country.

Dr. Aleksandrs Feigmanis is a historian, heritage tour guide and genealogist in the Baltic states, Belarus and Ukraine. His web-site is www.balticgen.com, where is possible to order free of charge the English text of his book Latvian Jewish Intelligentsia: Victims of the Holocaust.