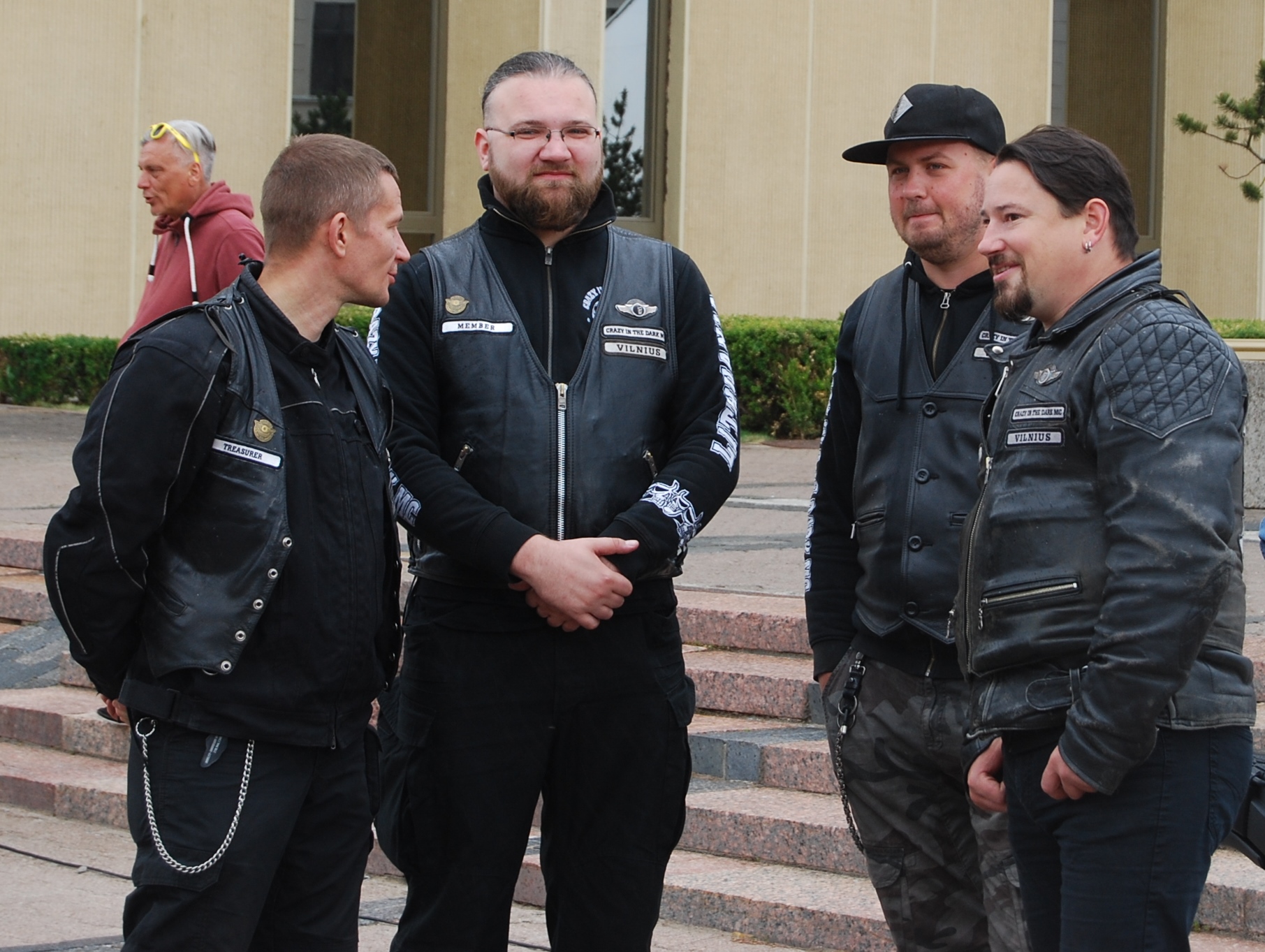 It was on the 22nd of June 1941 that Nazi Germany unleashed its attack on the Soviet Union in Operation Barbarossa, the largest invasion in human history. The invasion started with the Soviet Lithuania, then part of the Soviet Union, country right on the Soviet Union border with Germany. When the German Wehrmacht was advancing East, and the Soviet Army hastily retreating, the Lithuanian Provisional Government, coordinated and chaired by Kazys Škirpa from Berlin, issued a public statement and previously mobilized local paramilitaries into action (“the Uprising”).

At the commemorative event in Vilnius, all speakers praised the Provisional Government’s proclamation of independent Lithuania as a “National Uprising” against Soviet rule. The colossal military operation, Barbarossa, that was obviously the cause of the Soviets’ fleeing, goes unmentioned. Landsbergis was as the main speaker as he set the political guidelines for control of the collective memory of these tragic events. In his view, the memory for 23 June 1941  is the “uprising of all Lithuania.” For him, the uprising for freedom and the mass murder of Jewish neighbors initiated by the “rebels” need to be separated into two completely different issues. At least Mr. Landsbergis mentioned the killings of Jews, though it was brushed away, like all other cruelties of that time, as some little part of the big war, caused by two rapacious dictators, Hitler and especially Stalin. That this was the first week of the Lithuanian Holocaust, at the hands of the same “rebels” is deleted from the narrative. 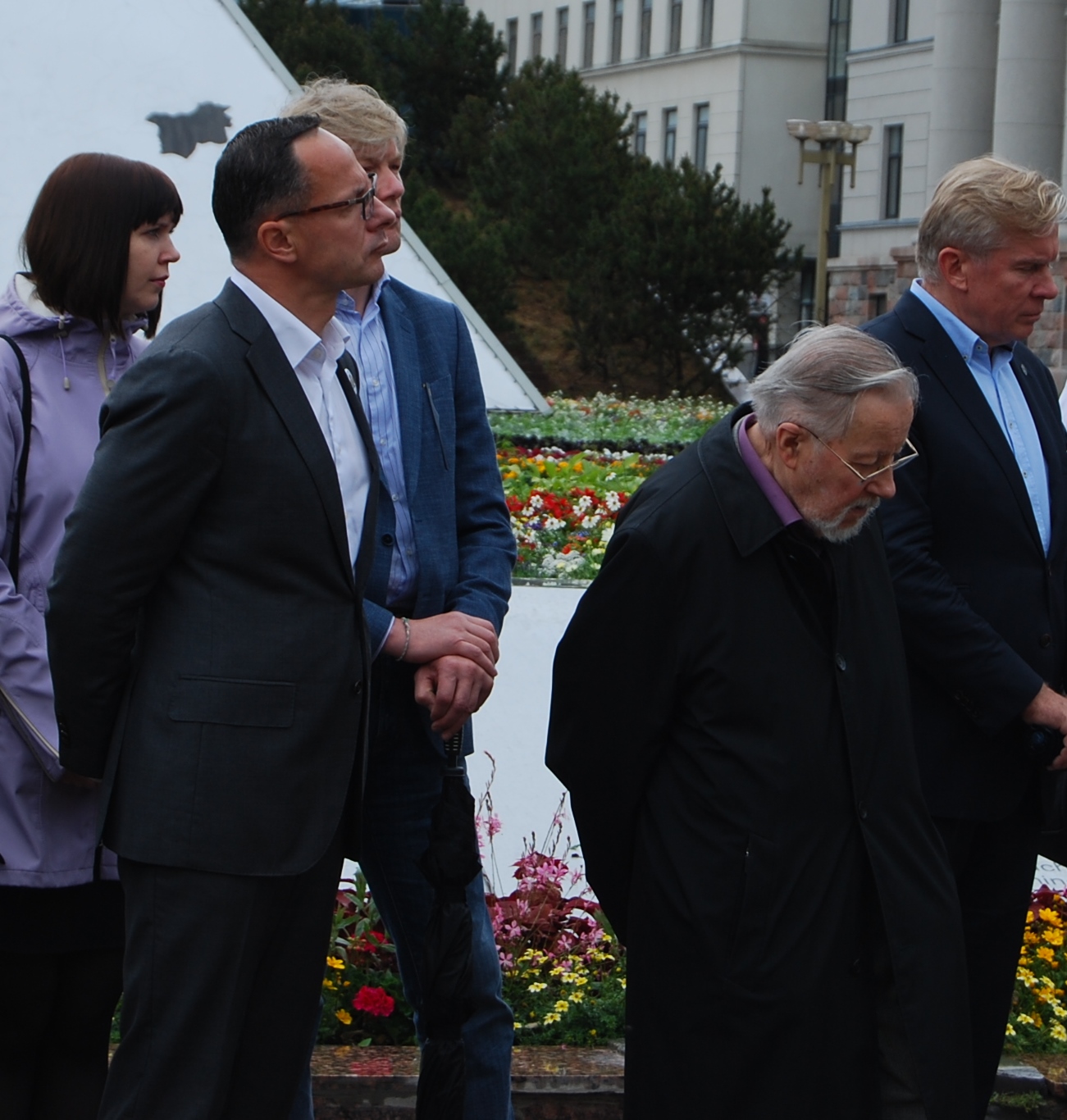 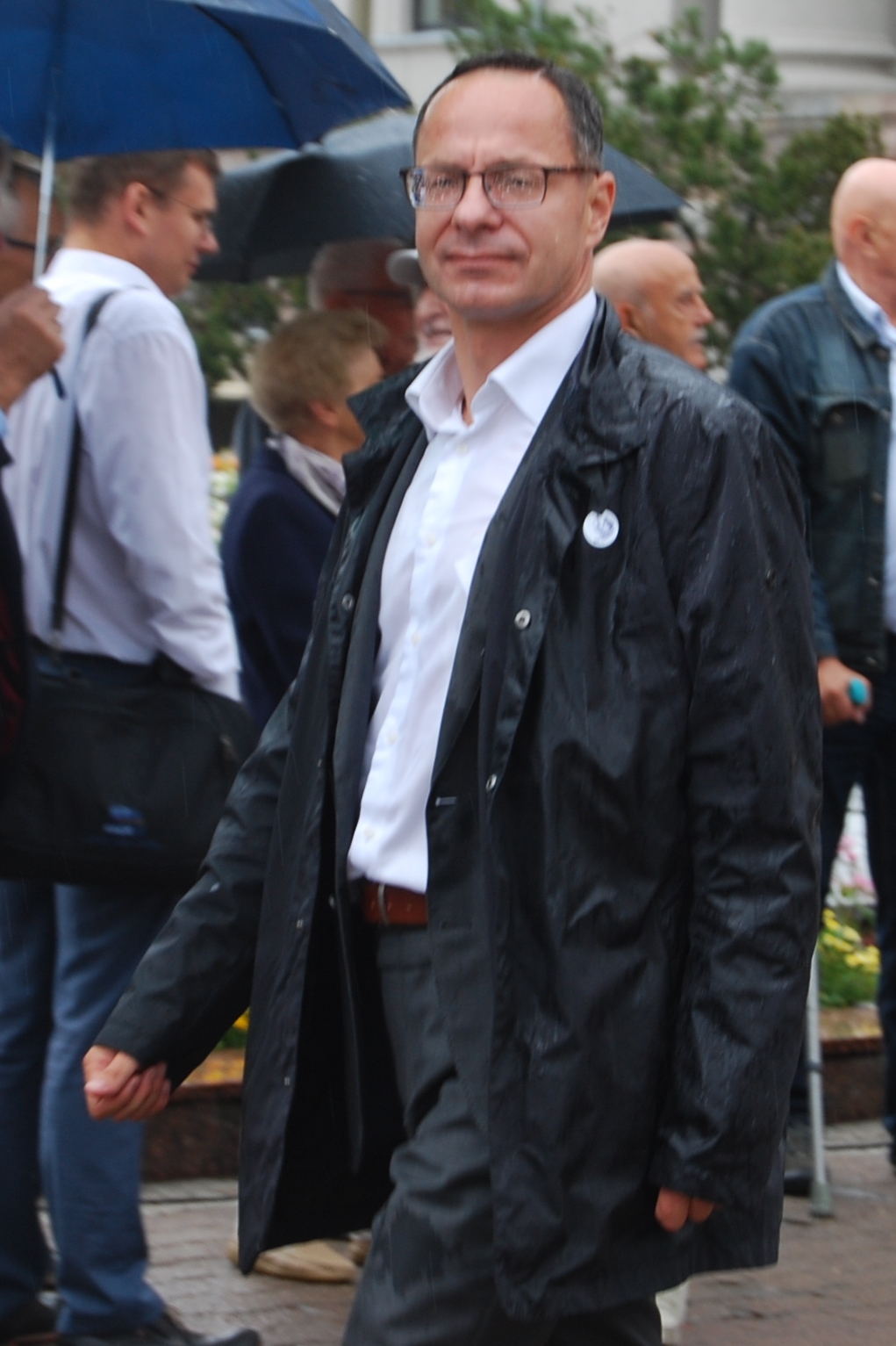 But all the speakers have failed to mention, that in June 1941, World War II had been raging in adjacent parts of Europe already for nearly two years. Lithuania  was involved from the fall of 1939 with its acceptance of the “gift” of Polish Wilno (and its region) by Stalin as part of the Hitler-Stalin dismemberment of all of the Polish state.

Landsbergis’s attempt to differentiate the “uprising for freedom” from “war time cruelties” sounds on the surface like a decent and simple solution of an ambiguous political issue. To be precise, there is a wholly irrational leap into a non-benign mythology. While an uprising for freedom is a noble dream, something virtual, the war time cruelties are very concrete criminal acts against specific people. These are two different realities, virtual and physical, like words and deeds. Until now, in the collective memory of Lithuania the “rebels” have been seen and known to be mobilized all over the country. They were the “white armbanders.”

See Section on June 23rd; LAF; Their leaflets before the war;Videos of survivor memories of the week of 23 June 1941; Glorification of the LAF; of collaborators in Eastern Europe

When praising the idea of the supposed uprising for freedom, one should keep thinking and asking about the specific actions of the local “white armbanders”, especially from the point of view of those, who suffered then mostly, the local Jewish population. Multiple studies have demonstrated that on 23 June 1941, a wave of mass violence never before seen in the country’s history unfolded in some two hundred localities. The first victims of the pogroms were local rabbis, women, school friends, neighbors. Even before German army arrived and established effective administration, they suffered robberies and massacres from their local “white armbanders freedom fighters.

The victims’ point of view is far from that of a “national uprising.” For them, June 23, 1941 was a very tragic day for Lithuania. Looking from the perspective of 77 years, it is clear that there were many decisions and deeds by the then political leadership that led to betrayals and mass annihilation of their own countrymen. That day brought enormous sufferings and everlasting shame. It would be wise and politically mature to admit that our, i.e. Lithuanian public institutions and moral authorities completely failed to protect their own citizens who were Jews. Unfortunately, the failure to protect Jews now is covered with various ideas and efforts to manipulate and control collective memory, among them – by pushing forward the state-of-the-art theory of double genocide.

June 23rd 1941 marks the beginning of the annihilation of Lithuania’s Jewry after a proud history spanning six hundred years. That is how the day goes down in history.