This year’s summer celebration of Estonia’s Hitler-allied Waffen SS was held as scheduled, in the Sinimae hills of eastern Estonia last Saturday, the 27th of July. Images and reports were carried by Postimees and other media. 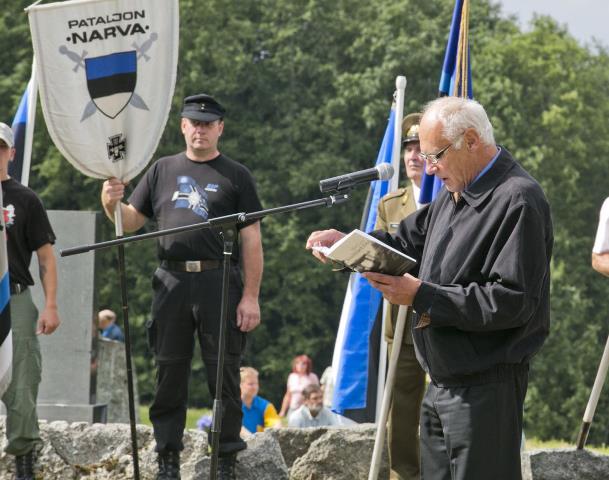 Hundreds of Waffen SS glorifiers got together on the hills to commemorate the 69th anniversary of one of the bloodiest battles of World War II in the Baltic regions. Estonian SS soldiers together with their Nazi comrades held the front for half a year on Estonian soil until the Red Army liberated Estonia in September 1944. The Soviet victory entailed immediate liberation of the Klooga concentration and murder camp near the capital of Estonia, Tallinn on 22 September 1944. Two thousand inmates were rescued.

Some signs of fatigue of the entire charade were noticed in the roster of participants. The Minister of Defense, Urmas Reinsalu sent his greetings to the meeting, but no governmental level participation was seen on site. Media coverage was very modest. The Russian Foreign Ministry issued a protest, but the European Union’s officials had no known reaction.