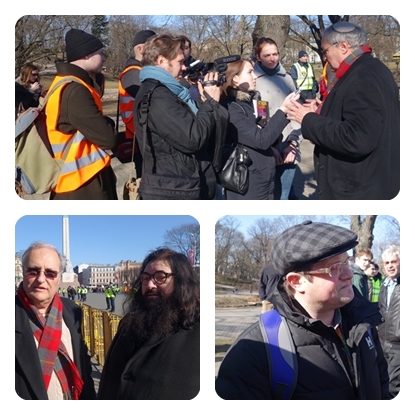 Top: Dr. Efraim Zuroff is besieged by a throng of media. Bottom:  He and Dovid Katz made for an on-site protest of just 2; Famous Latvian Jewish tour guide and genealogist Alex Feigmanis makes an appearance too. 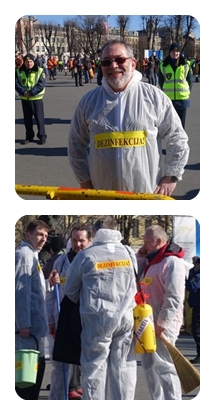 Once the main event was over and the “Waffen SSers” had left, a small contingent from “Latvia Without Nazism” (affiliated with the controversial “World Without Nazism”) was allowed to protest. Led by the ever colorful Joe Koren (top), the group dressed as fumigation & disinfection specialists, with full gear and uniforms, to symbolically clear away the pro-Nazi residue of the marchers.