Posted on 12 August 2013 by Defending History 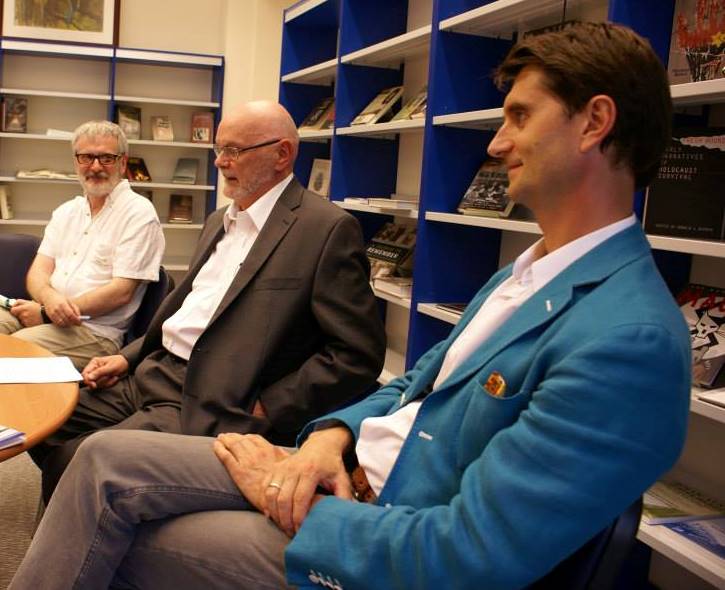 Last March 11th, Lithuanian Independence Day, when over a thousand neo-Nazi marchers passed the sign for the government’s Jewish Public Library on the capital’s main boulevard, no member of the library’s staff turned up to oppose the neo-fascists, with even a modest, polite sign of disapproval. The march proceeded with official permits and the participation of several members of parliament identified with the ruling coalition. The Lithuanian Embassy in Washington DC failed to respond to a DC based petition that attracted 2,156 signatories, many from Lithuanian citizens. 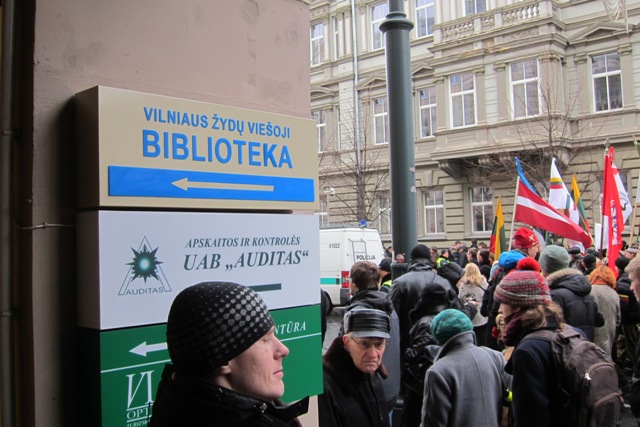 Some Psycho-Sexual Undercurrents of the Lithuanian Independence Day Nazi March

Posted on 22 March 2012 by Defending History

Back in 2008 a friend and I put subtitles to the march by Lithuanian neo-Nazis through the capital, Vilnius, on independence day, and put the video with subtitles up on YouTube. Back then there was almost zero mention of the march where openly fascist youth chanted slogans about attacking and killing Jews and Russians, and the de rigueur “Juden raus.” Following the YouTube posting and as news travelled around the world, certain Lithuanian media figures and politicians felt the need to at least say something. Not much, but something. 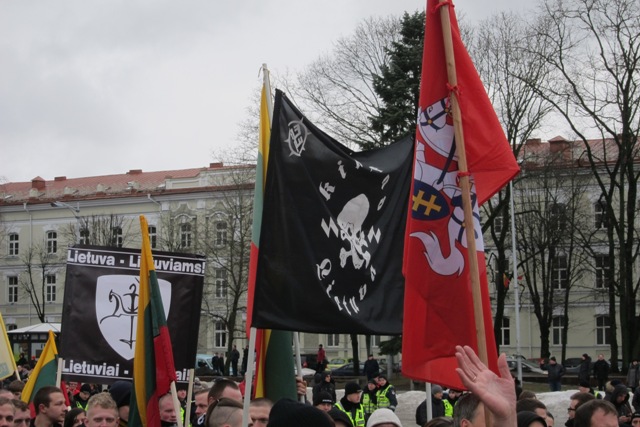 Hello Everyone. Thank you for being here today.

No nation has ever become great by embracing racism, prejudice, discrimination, intolerance, and xenophobia. Such a country can only shrink within itself. Its people become small and bitter. No flower ever bloomed brighter nor smelled sweeter after having been dusted with hatred. Such a flower and such a people can only fade away.