Did “Double Genocide” from the “Prague Declaration” Land Under the Radar in the United States Congress? 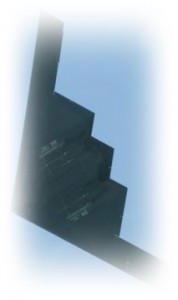 Posted on 1 December 2012 by Defending History

Lithuanian Nationalism and Antisemitism Prior to the Holocaust

The German Invasion and the Organization of an “Independent” Lithuanian Government

The Period of Pogroms: Late June to Mid July 1941

The Lithuanian Press at the Time of the Pogroms: A Source of Incitement

The Lithuanian Catholic Church and the Holocaust

In Lithuania, as in other places in Europe conquered by Nazi Germany, a thorough and comprehensive inquiry into the tragic events that occurred compels consideration of three factors:

The Holocaust Obfuscation movement suffered a severe blow today with the public resignation from the Lithuanian government’s red-brown commission of Professor Konrad Kwiet, a major international scholar of the Lithuanian Holocaust. The resignation had been announced verbally at the recent ‘Aftermath’ conference held in Melbourne at the Australian Centre for the Study of Jewish Civilisation.

Sir Martin Gilbert has today authorized publication of his 24 August 2008 letter to this journal’s (future) editor. The facsimile follows. The letter had confirmed his April 2008 resignation from the “International Commission for the Evaluation of the Crimes of the Nazi and Soviet Occupation Regimes in Lithuania” (known informally and for brevity as the “Red-Brown Commission”), citing the Yitzhak Arad affair.

In view of the subsequent developments, the 24 August letter also cites the need for the Commission to condemn the defamation of additional Holocaust survivors Fania Yocheles Brantsovsky, Professor Sara Ginaite, and Dr. Rachel Margolis. Professor Gilbert’s authorization for publication came after the Commission’s website failed to remove his name from the list of members in spite of his resignation on principle.

Posted on 9 March 2010 by Defending History

The award was presented at the Center for Jewish History in New York on 9 March. Dr Arad, a Holocaust survivor whose family perished, is a veteran of the heroic anti-Nazi partisan resistance in the forests of Lithuania, and the Israeli War of Independence.

A retired brigadier general and chief education officer of the Israeli Army, he served as director of Yad Vashem in Jerusalem for 21 years. He lives near Tel Aviv.

On the occasion of Holocaust Remembrance Day, the Margolis family in the United States released to the media a 3 December 2009 letter from the United States Congress to the prime minister of Lithuania, protesting in no uncertain terms the campaign being waged against 88 year old historian, museum builder and biologist, Dr Rachel Margolis; 87 year old Fania Yocheles Brantsovsky, librarian of the Vilnius Yiddish Institute; and 83 year old Holocaust scholar Dr Yitzhak Arad, who was founding director of Yad Vashem. All three have been the subject of ongoing ‘investigations into war crimes’ by Lithuanian prosecutors and of extensive defamation by the country’s mainstream media. Since the saga got underway in the spring of 2006, none has been charged, and not one has been cleared. Holocaust studies specialists increasingly suspect a ruse to create a bogus paper trail of ‘investigations’ of Holocaust survivors as a diversion to the documented history of massive Baltic participation in the Nazi-led genocide of the Jewish population, as well as to the region’s dismal record of not punishing a single Nazi war criminal since independence. See the media coverage; responses to the anti-survivor campaign; critiques of the underlying ‘red=brown’ movement and the state-funded apparatus that underpins it.