Defending History this week added a  new Malát (Molėtai) section to reference articles touching on the town’s recent role in  growing understanding of the Holocaust in the Lithuanian provinces, as well as toward appreciation of the magnitude, in quantity and quality, of the part played and the contributions made by the prewar Jewish residents, who constituted about half the population before their massacre in 1941.

In sharp contrast to the frequent mangling of Yiddish texts in some town memorials, and painful issues arising with memorial plaques even in the heart of Vilnius on occasion, the Museum of the Molėtai Region took care to coordinate with Yiddish specialists, down to the final proofs (a detail that can be very important with “exotic” minority languages whose alphabet is completely different from the Latin and reads moreover from right to left; the propensity for gravitas-ruining errors lurks).

These are the signs added to Malát’s townscape  that include Yiddish text: 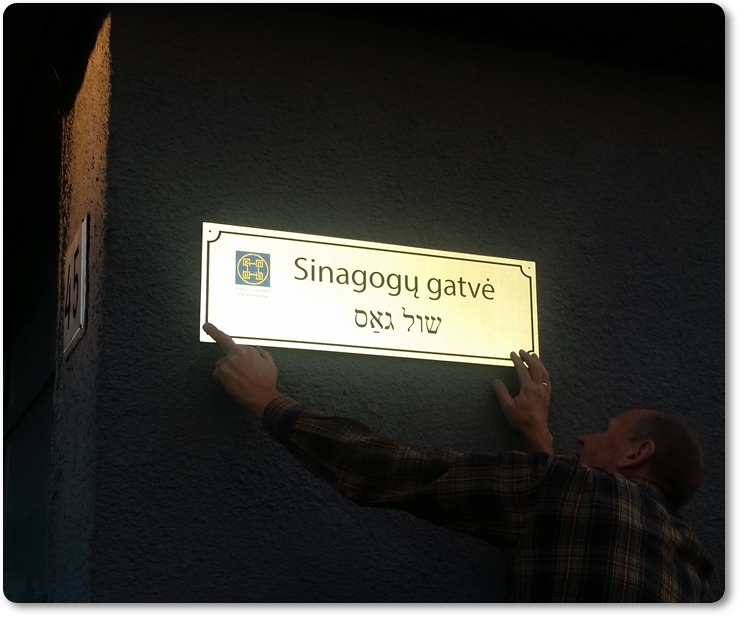 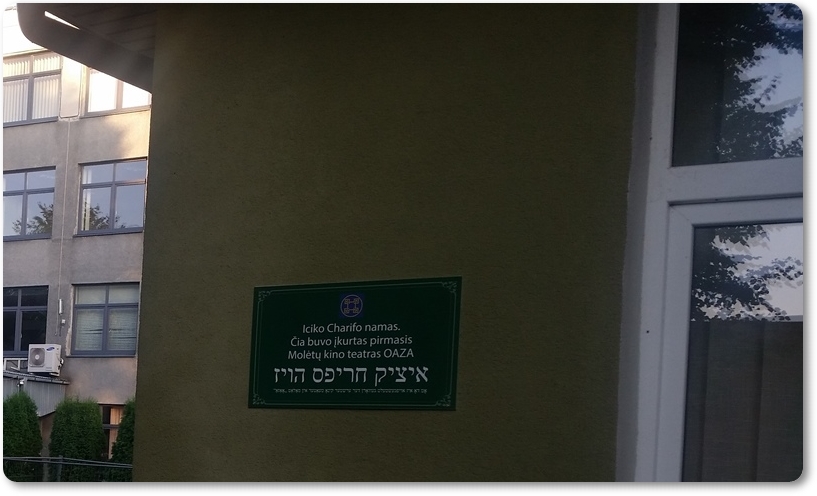 Detail of the Yiddish text: 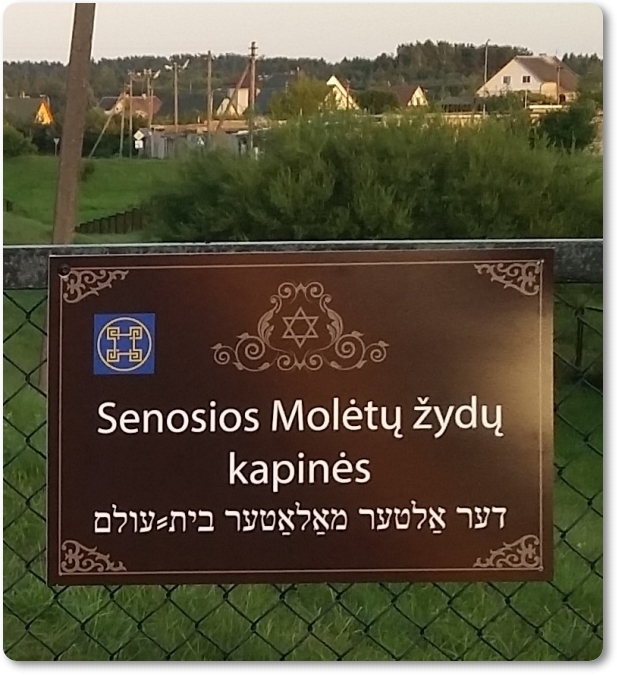