On 26 June 2011, BNS reported that Culture Minister Arūnas Gelūnas ordered 653,000 of the 16 million litas allocated for the Magnates’ Palace construction to be redirected for the refurbishment of premises on Gedimino Boulevard in Vilnius for the Jewish library (in English) collected over many years by Wyman Brent. Because of various building and contractors’ issues, the Magnates’ Palace construction project has been temporarily shelved.

At the fixed exchange rate prevailing, the amount of the grant to Wyman Brent’s library comes to 188,957 euros.

In his recent reply to the article of Yossi Melman in Haaretz, Lithuania’s ambassador to Israel Darius Degutis reported that ‘the historic Jewish Quarter in Vilnius is being restored and a new Jewish library will be established there’. Although the library founded by Wyman Brent (see his recent op-ed in DefendingHistory.com) is slated to open on Gedimino Boulevard, Mr. Brent has made it known that his hope is for it to eventually to be moved to the building that housed the Ghetto Library on Strashún Street (now Žemaitijos) during 1941-1943, indeed in the old Jewish quarter.

But he is not the only Brent on the scene.

Of course, 188,957 euros are not 200,000 euros, and these may be two wholly separate allocations from the Lithuanian government for the purposes of building Jewish culture and heritage in Vilnius. Still, the difference of 11,043 euros might not be an insurmountable gap to bridge, especially if the amount were to be rounded in euros. Hence it was widely assumed in Vilnius that the ambassador was referring to Wyman Brent’s library.

The two Brents could not have more different images in Vilnius. Wyman Brent, for years an unemployed American, a Baptist by faith and Californian by appearance, had a vision about English books on Jewish topics (and by Jewish authors) as a potent tool to combat antisemitism and prejudice in Lithuania, lived for years in one of the city’s poorest hostels near the train station looking for support for his library to open. In recent weeks, fears have been aired that Mr. Brent’s library was being hijacked by the ultranationalist PR unit in the government to serve as a PR prop, not least by Mr. Brent himself. Website: http://vilniusjewishlibrary.wordpress.com/.

By contrast, American Jewish Jonathan Brent, the suave and immaculately tailored former director of Yale University Press, was wined and dined and got a hero’s welcome from Lithuanian government operatives eager to get their hands on the kudos (and materials) that belong to Yivo from before the war. Some were even more eager to convince him that leaving the books in Vilnius and setting up something with the name ‘Yivo’ was actually his idea. Local nationalists here had been working toward that for close to two decades. When, in recent weeks, his plan to have the Lithuanian foreign minister as ‘guest of honor’ at a Yivo event on September 22nd attracted opposing opinions, Mr. Brent lashed out at critics of Lithuanian government policy in two memos to his staff, dated 9 September 2011 and 13 September 2011. 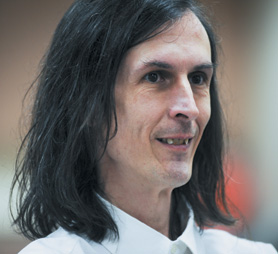 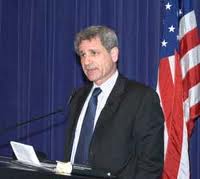 One member of the Jewish community, who did not want to speak with attribution, told DH.com: ‘Different fine gentlemen with the same name and naiveté when it comes to our part of the world’.

Some claim there is a plan  to combine Wyman Brent’s library in English, which he collected at his own expense over many years, with the totally separate looted portion of the celebrated prewar Vilna Yivo library that successive Lithuanian governments have for some reason refused to return to Yivo. Now, some of Yivo’s leaders are contemplating throwing in the towel, a controversial proposition that has been referred to as ‘pathetic’ in an interview given by former Yivo director Professor Allan Nadler in a recent Forward article by Paul Berger.

Other unconfirmed rumors have it that in reality, (Jewish) American or South African donors are being sought for both projects and much more. On the excavation of the Great Synagogue, often cited as a government contribution toward unearthing the city’s Jewish heritage, a 15 July 2o11 Lithuanian Ministry of Foreign Affairs statement expressed the hope of attracting ‘the interest of foreign and private investors who would like to contribute to the restoration process’.