KAUNAS—The Postal Service of Lithuania today launched two handsome commemorative envelopes in memory of two celebrated European consuls in Kaunas who helped thousands of Jews obtain visas that enabled them to leave Lithuania during the final year before the Nazi invasion and the Holocaust came to the country. The two, Chiune Sugihara (1900−1986) of Japan and Jan Zwartendijk (1896−1976) of the Netherlands risked their careers, and more,  to disobey instructions and the letter of the law to save those who came to them for help. These were primarily citizens of prewar Poland who found themselves in Lithuania in the summer of 1940, when the country was being absorbed into the USSR, and the consulates and embassies in Kaunas were under pressure to close down altogether. 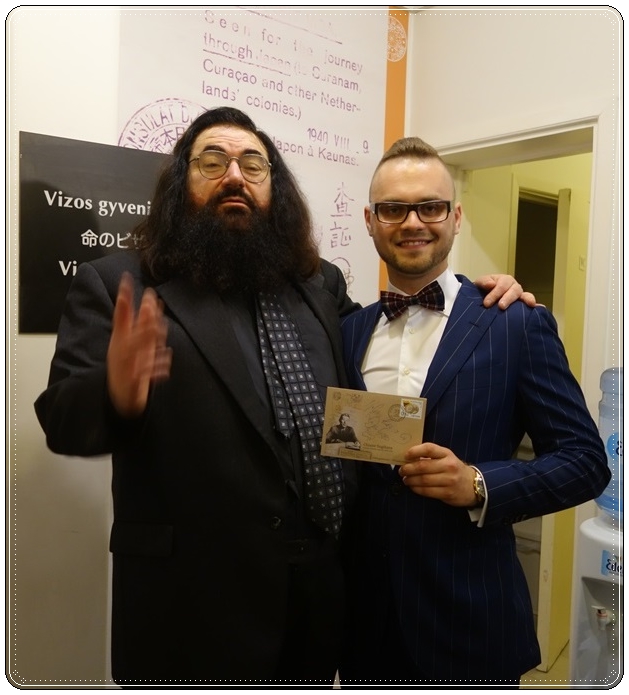 The “Visas for Life”  memorial program, marking the 75th anniversary of the events, was held at Sugihara House in the Green Hill district of Kaunas today.

Organized and sponsored by the Embassy of Japan in Lithuania, it was graced by various speakers including two Jewish people saved by Sugihara—Nina Admoni from Israel and Marcel Weyland from Australia—who enchanted the audience with the unbelievable life stories which emphasized how the work of the two remarkable consuls led to rescued persons going on after the war to create new generations who would contribute to an array of fields across the globe over the subsequent three quarters of a century. The two rescuees and their families, visiting Lithuania expressly to speak at the event, will spend a day in Vilnius as special guests of the Jewish Community of Lithuania in the nation’s capital, Vilnius.

At the program, the two commemorative envelopes were presented during an eloquent speech by Ervinas Vaišnoras, director of the Stamp Publication Department at the National Postal Service of Lithuania. The envelopes were designed by Evelina Paukštytė.

All guests received, as always, a very warm welcome from the founding director of Sugihara House, Simonas Dovidavičius who has been building the institution with dedication and love since its opening in June of 2000. The event was part of an entire day of public events dedicated to the two hero consuls of Holocaust-era Europe. Images of the two commemorative envelopes follow: 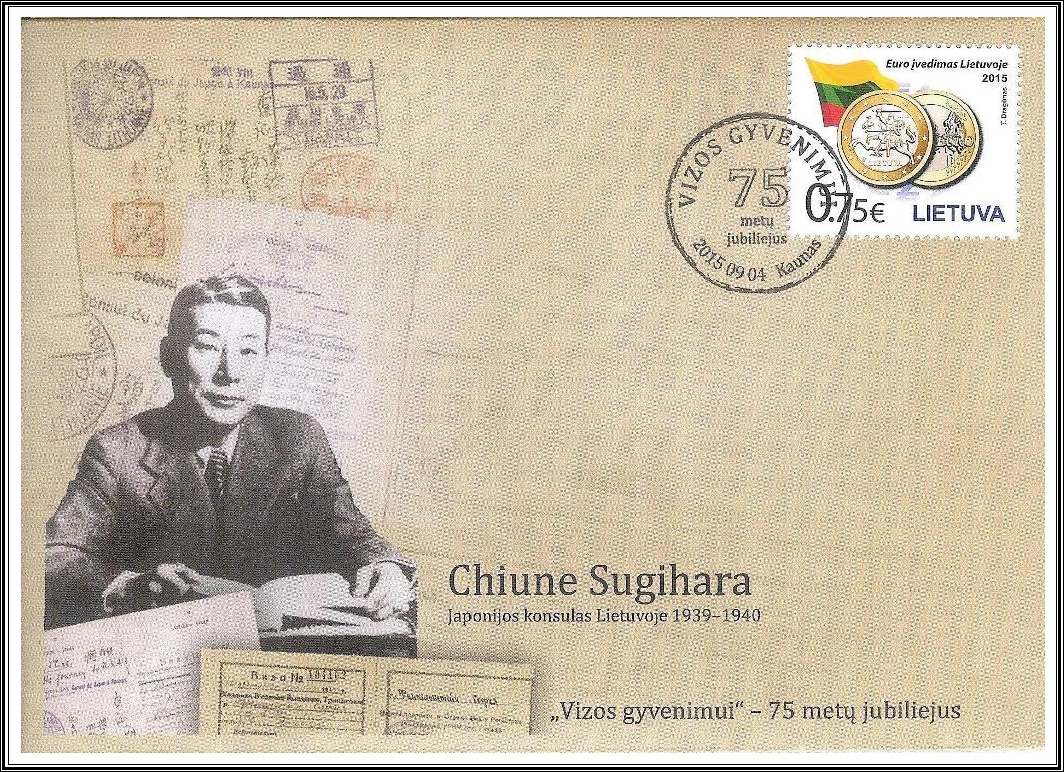 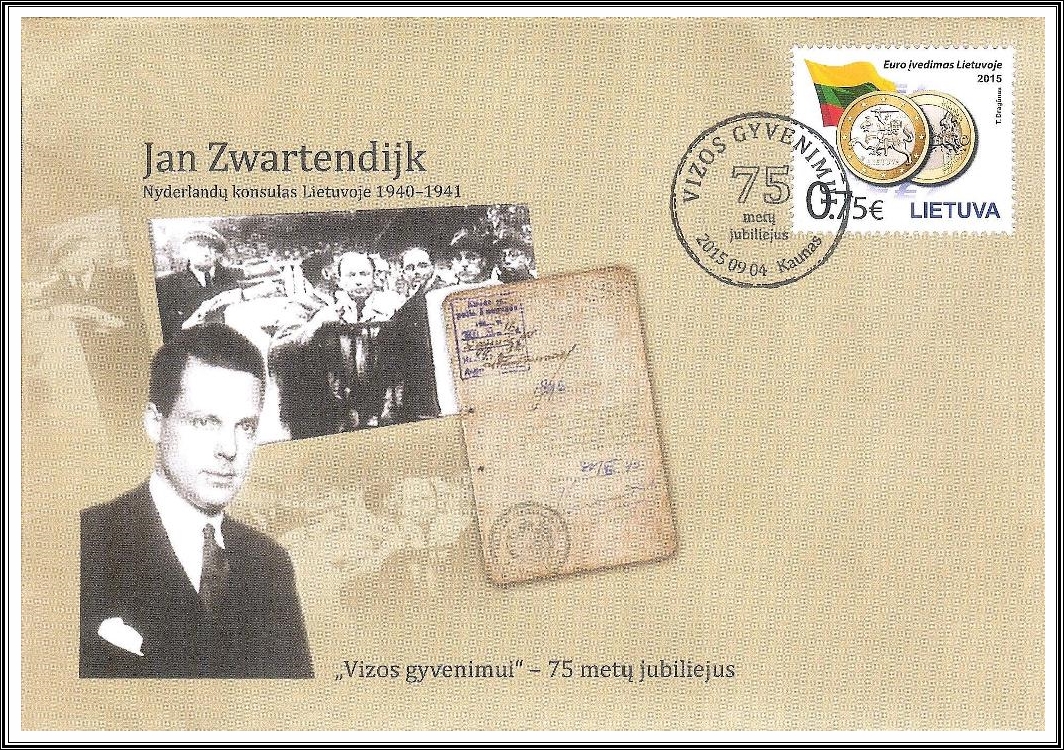