Debate in Jerusalem, at World Forum for Combating Antisemitism, at Session on Holocaust Denial and Distortion in Eastern Europe 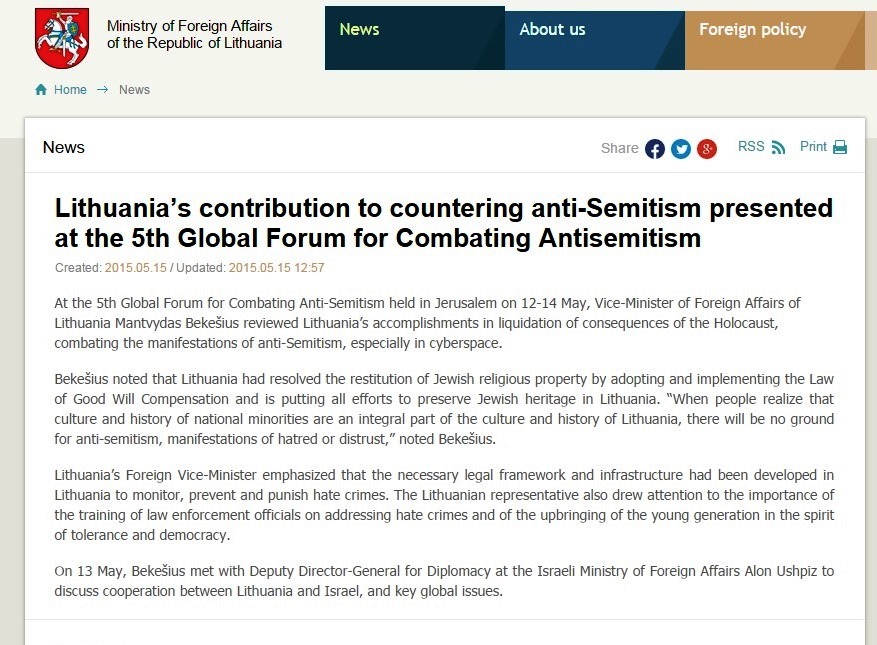 Screenshot from the Lithuanian Foreign Ministry’s website. General reaction? “He meant nothing bad at all, it just shows how even high government officials sometimes understand next to nothing about what the Holocaust in their own country was all about. In Lithuania — loss of 96.4% of the Jewish population.”