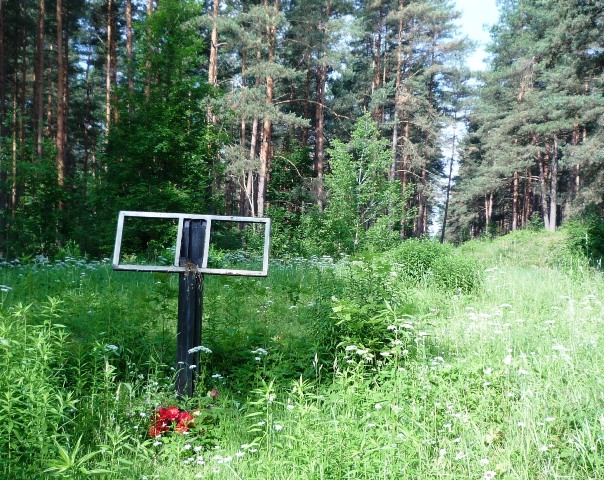 What is the history of the site?  To find out I interviewed Mr. Meyer Meller (in Latvian: Melers), survivor and veteran researcher at the museum called “Jews in Latvia” and author of the book Sites of Memory: Jewish Communities of Latvia Annihilated in the Holocaust” (Shamir: Riga 2010, in Russian). 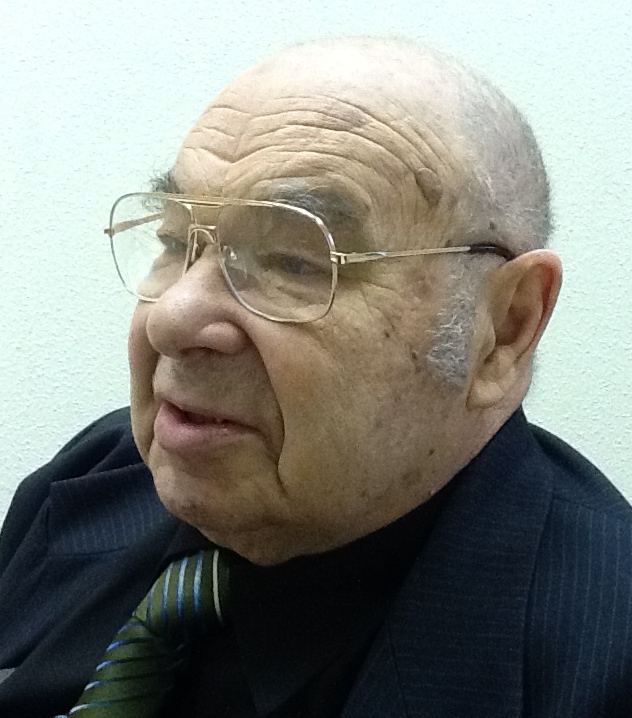 Here are excerpts from what Mr. Meller told me during our interview:

“For the first time I encountered information about Dreilini Forest during the well-known Aktion of “Dunamuende” ― the action of killing of German and Austrian Jews at the end of March and beginning of April 1942. In the KGB documents from the investigations it was discovered that killings of Austrian Jews and German Jews took place in Bikernieki Forest and in Dreilini Forest.

“Then I looked into maps in current phone books and there this memorial place is mentioned. I went to the chief city architect of Riga Mr. Asaris and he gave me documents about this memorial. In Soviet times, at the start of the 1950s a fence was erected around the grave and a wooden plank was put on a metallic tube with an inscription. With time the wooden plank was taken down and a heap of dust was scattered over the spot. The authorities became interested in this fact and wrote to the Riga committee of the party asking for action to improve the situation.

“An additional investigation showed that German and Austrian Jews were brought to the Dreilini Forest to be killed. In 1943-1944 the mass grave was excavated by a special unit of Jewish and Russian military prisoners.” The corpses were excavated and burned to hide the Nazi crimes. The members of this unit were doomed. Later a Soviet investigation commission found three large mass graves in Dreilini.

“The main killings in Dreilini Forest were carried out at the end of August and start of September 1944 [precisely during the times when the Latvian SS legion “bravely defended” Latvia against the Soviet Army. ―A.F.].

“In July [of 1944] the Soviet army liberated Jelgava from the Nazis. The road to the west was cut, and the question arose for the Nazis, where to evacuate Russian and Belarusian civilians, old men, women and children who were members of partisans’ families that had been deported to Latvia by Latvian police battalions (including the Arajs commando). The Latvian police battalions fought partisans in those countries, including Belovezhskaya Pustcha (a deep forest in White Russia), where they told Soviet partisans that they are Latvian anti-Nazi partisans. Then they gave up Belarusian partisans to the Nazis, and burned villages, but old men, and the women and children were deported to Riga. They were settled in the Riga Ghetto and in the Salaspils concentration camp. The question arose what to do with those people, because the Soviet army was already very close.

“For this reason the Nazis decided to organize a gruesome conveyer. This civilians were put in tracks, two men lowered a man from the track, another one beat him with a wooden plank to drown out the screams, and then these half-dead people were put on fire. The perpetrators were Germans. The victims were old people, women and children. The victims spoke Latvian, Belarusian, Russian, and Ukrainian. The witnesses heard the shouting of victims:

‘Dear mother, do not leave me!’

‘Oi, panochek [Mr. in Polish or Byelorussian languages[, do not kill!’

“Those who tried to run away the Nazis caught with the help of specially trained dogs and those people were immediately shot.

“After the war the question arise in the 1980s, why a confusing covering of dust was made on the place of the mass killing. The site was cleaned and a new sign was installed. According to information from the Latvian SSR Ministry of Culture it was written on the sign that over thirteen thousand victims of the Nazis lay buried at the site. The monument with this inscription was included in the list of monuments under protection of the Latvian SSR.

“We know that mostly German Jews were killed in Dreilini, but some Latvian Jews from the Riga Ghetto and from Kaiserwald were killed there too. Over the last thirteen years, the Latvian Jewish Community started to put in order dozens of Holocaust killing sites all over Latvia. However, it was my view that because not only Latvian Jews and not only Jews were killed there, but in fact, victims were from different parts of the Soviet Union and from abroad (Lithuania, Germany, Austria and probably some other countries) the monument would best be a joint project of the countries of origin of the victims.

“The idea was as follows. We agreed on one text that would appear in Belorussian, English, German, Latvian, Russian, and Ukrainian. I met with the ambassador of Germany, who agreed to participate. I spoke with representatives at the embassy of Ukraine. He told that in Latvia there are too many sites for Ukrainian victims of the Nazis, and that we should ourselves pay for cleaning up such sites. They told us they were not interested in participating. The ambassador of Ukraine said: “Why are you speaking to me, you should write to the Council of Ministers of Ukraine.” I was confused: Why should I write to the Council of Ministers of Ukraine when a representative of the Ukrainian state, the ambassador himself, is right in front of me. Why is he not interested to write to government bodies? He should do that, not me!

“Later the Latvian society “Memorial” decided to install the monument, but they needed support of related countries and official permission and support from Latvian governmental and municipal institutions.

“The vice-president of the Latvian Jewish community came to the office for the administration of the  Latgalian suburb of the Riga municipality, where the Dreilini Forest is located (Latgales priekspilsetas izpilddirekcija). At first they supported the idea of installing a monument I gave the municipality all the documents related to Dreilini Forest. At that time the humble tin sign was desecrated in Dreilini forest. Some antisemite wrote: “Death to the Yids” (“Zdes izdohli zhidi”).It was in the year 2005 or 2006.

“To place a new monument the permission of the Latvian Monuments Commission is necessary. Representatives of  the Latgalian suburb’s administration, part of the Riga municipality went to the same Monuments Commission (the chief of the Commission was Sparitis, now president of the Latvian Academy of Science). For unknown reasons, the Commission denied permission for the monument. That was the end of the suburb administration’s efforts to obtain the go-ahead for a monument to be placed on the site of these Nazi mass murders.

“With that the history was finished. Finished with nothing. There were many articles in newspapers (for example: Telegraf, February 4, 2009, page 5), but to this day nothing has been done.”

Finally, I asked Mr. Meller on last question. In his opinion, who should coordinate the work for the construction of a monument?

“My opinion is that the coordination should to be carried out by ‘Austrumu izpilddirekcija’ [administration of the eastern sector] of the Riga municipality, with support from the Latvian Jewish Community and from Germany, Austria, Lithuania, Ukraine, Belarus, Russia, and ,probably, the Czech Republic.”

Clearly, the construction of such a monument might well become a beautiful example of  cooperation between different countries of Europe from the Atlantic to the Ural mountains. It would be a common project to commemorate the victims of the Nazis and contribute to a new Europe that would never allow such killings or desecrations to take place in the future.

Historian Aleksandrs Feigmanis, MA and PhD, is a genealogist and tourist guide at www.balticgen.com. He may be contacted at: aleksgen@balticgen.com.